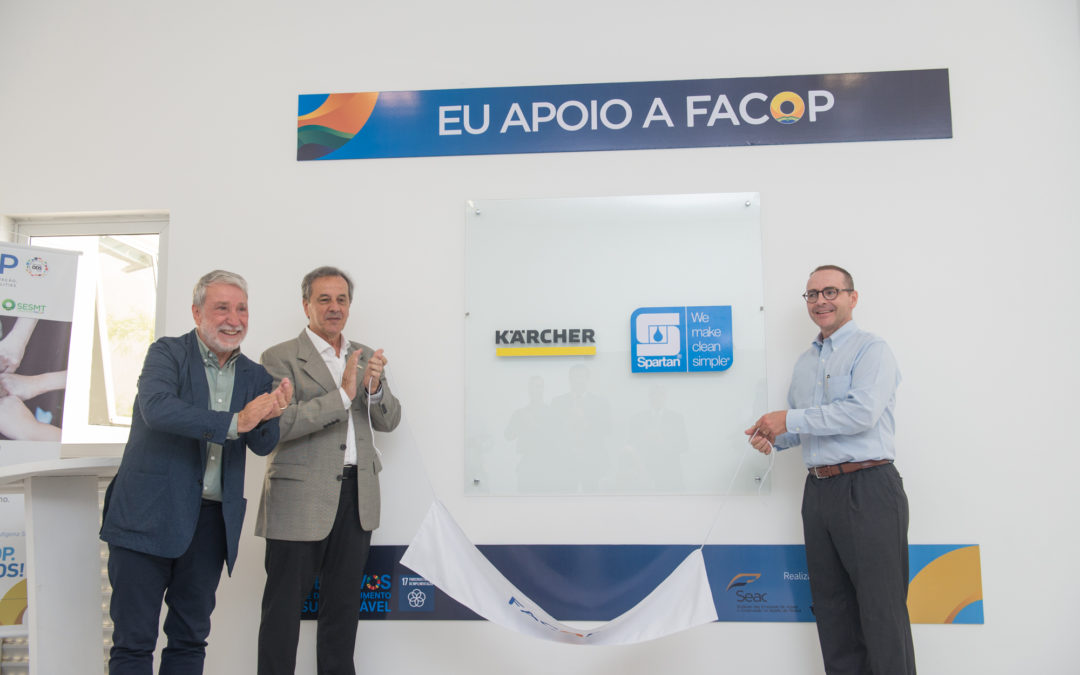 The meeting honors the companies Karcher and Spartan and presents projects that are results of these partnerships: new professional qualification products and expansion in the cleanliness and conservation sector.

FACOP believes in lasting partnerships so that everyone can walk and conquer together. For this reason, on March 14th, 2019 FACOP celebrated the strengthening of its partnerships by launching the “I support FACOP” program, honoring two important partners, Karcher and Spartan. It was a meeting between friends, to celebrate and share the achievements and success of the results of these partnerships, as well as planning new projects. 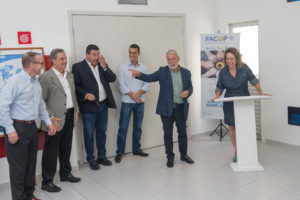 The event was held in 3 stages and the first one began with speeches by representatives of FACOP and its partner companies. FACOP’s CEO, Adonai Arruda and Cássia Almeida, recalled important moments of the partnerships and emphasized that there are many reasons to celebrate the achievements together. 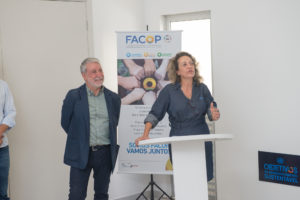 “These meetings are always an opportunity not only to strengthen ties but to value the work that is done by an institution that has worldwide recognition, such as FACOP. Today, we are in various corners of the world, with a material that offers qualification of the highest quality, also generating values for our partners and supporters,” said Adonai. FACOP’s CEO also announced that due to the expansion of the Foundation’s products to other places, its name was altered. It was once the Paraná State Foundation of Conservation and Cleanliness and is now known as the Foundation for Cleanliness and Conservation, Specialized Services and Facilities.

Abilio Hervê Cepêra – CEO of Karcher, said he was satisfied with the renewal of the partnership for more than 6 years since FACOP’s projects to expand the training of professionals in the professional cleaning sector come in line with Karcher’s objectives of forming more skilled and motivated operators, a job well done by FACOP. 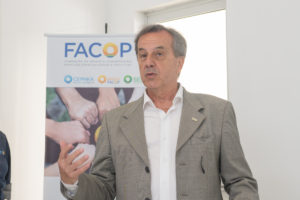 In the same moment, it was also announced the expansion of the partnership, in which Karcher will give a certificate to the professional cleanliness graduates of FACOP who learn how to use the equipment in the practical classes. They will receive a KOC (Karcher Operation Certification). In this way, the professionals trained in the FACOP courses will have two certificates, the training in the FACOP courses and the KOC. 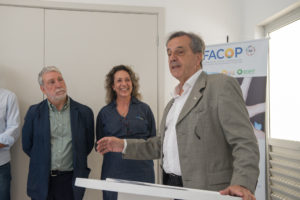 Two new pieces of Karcher equipment were donated afterwards: the classic professional vacuum cleaner NT 90/2 ME and the professional steam cleaner SG 4/4, which will provide the development of FACOP courses, both in new areas of operation, as well as about machine operability in professional cleaning. 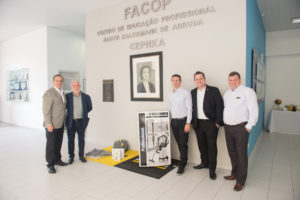 David James Drake – CEO of Spartan, said that the partnership with FACOP is very valuable due to the important work they do in training increasingly qualified professionals, valuing and developing the entire production chain of the professional cleaning market. 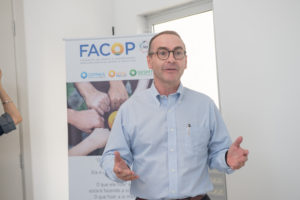 Since 2017, Spartan has partnered with FACOP to donate the hygiene and cleaning products used in the maintenance of its facilities and in the practical classes carried out in face-to-face professional cleaning courses. 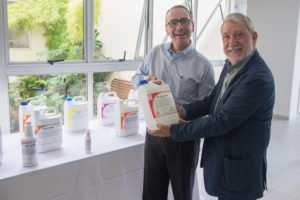 Spartan’s products help FACOP simplify professional cleaning, due to the technology used to manufacture them and the quality ascertained in the final result, from the use of various types of cleaning. 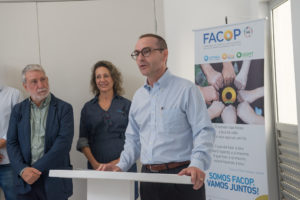 In February, Maria Letizia Marchese – Pedagogical Director and Mario Guedes – Coordinator of the Cleaning Courses at CEPNKA – Professional Education Center at FACOP, visited the Spartan factory and were able to conduct technical courses on their products, which will carry out new FACOP project. Cleaning courses in new areas and application of innovative techniques. 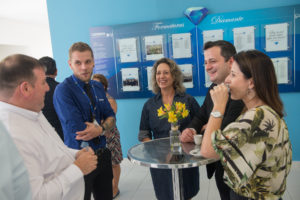 “We are prepared not only to attend to everything that involves the sector but also to develop differentiated, exclusive products, always focusing on the quality and improvement of the professionals. When we qualify these professionals, we are automatically working the brand of each of the companies that rely on FACOP “, reinforced Cássia Almeida, Executive of FACOP.

After that, Maria Letizia, CEPNKA / FACOP’s Pedagogical Director, spoke about the positive impact of the practice on the training of cleaning professionals and emphasized the importance of donating Spartan products and Karcher equipment for student-learning and successful training. 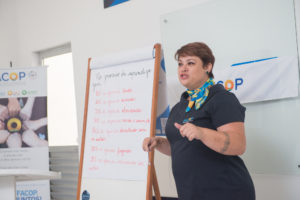 The first stage of the meeting ended with the inauguration of the program “I support FACOP” and the presentation of the panel that honors the partners, showing their brand at the Foundation’s headquarters. 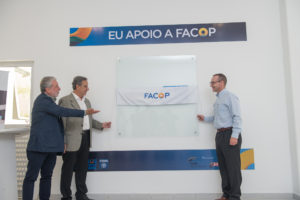 At the same time, the Presidents of Karcher and Spartan found part of the panel that hid the plaques in appreciation to the companies, the donations of equipment and the products that help maintain FACOP and allow students to have access to the technology and news of the sector, besides optimizing the subsidies for the techniques and practices, thus contributing to quality learning. 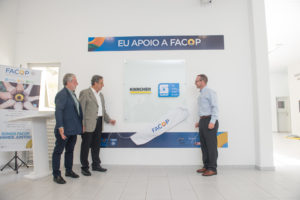 The machines and chemicals donated by the companies Karcher and Spartan in these partnership years have contributed to the expansion of the professional cleaning techniques worked by FACOP in the training offered to the professionals of the cleaning and preservation sector. “Having the support of two market giants is very gratifying and a sign that the work FACOP has been doing is recognized not only by companies and workers but also by suppliers and by the entire chain of the sector,” said Adonai Arruda, CEO of FACOP. 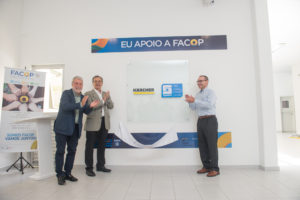 The second stage of the event involved the partners’ visit to the headquarters facilities, in which they could verify that FACOP offers all the necessary structure to carry out the formations. 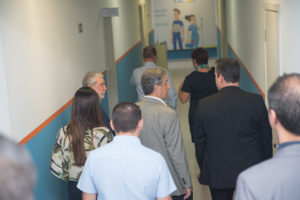 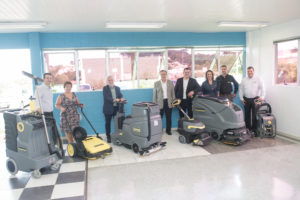 In the classroom of the professional cleaning courses of FACOP, next to the donated Karcher equipments that are used in the practices, from left to right: João Galterio – Manager of the BSC Segment at Karcher, Maria Donizeti Teixeira Alves – CEO of SIEMACO Ponta Grossa and Counselor at FACOP, Adonai Arruda – CEO of FACOP, Abilio Hervê Cepêra – CEO of Karcher, Marco Aurélio Ferreira Dutra – Sales Director at Karcher, Cássia Almeida – Executive of FACOP, Guilherme Brum – Account Executive at Karcher and Rodrigo Torres Hurki – South Regional Manager at Karcher, 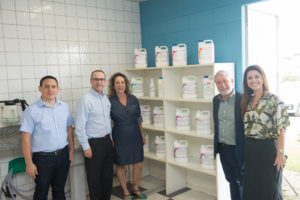 They also visited the green area of the institution, where the meeting was marked by the ritual that symbolizes trust and satisfaction in the partnerships signed, in which David James Drake, CEO of Spartan planted a fruit tree representing the company’s partnership with the Foundation almost two years ago. 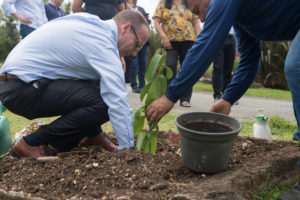 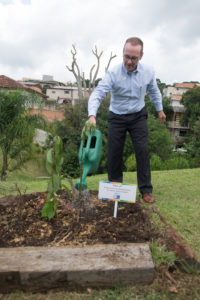 The tree planted by Marcus Asch – General Director of Karcher in 2012, was also shown, exemplifying with their fruits the success of working together in several actions developed in partnerships since then in the sector of cleanliness and conservation. 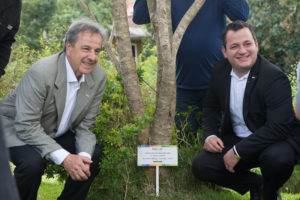 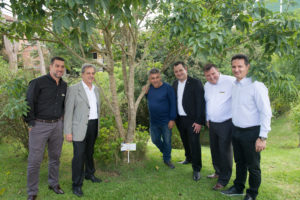 In the third and last stage of the meeting, the partners went to a friends’ meeting, which took place at the Opera Arte restaurant, located at Opera de Arame – a transparent metal structure covered with transparent polycarbonate that provides an external view of nature. It is a tourist attraction of great cultural importance for the city of Curitiba, and which in 2015 was the venue for the FEBRAC action in the city, a professional cleaning show held annually in the Brazilian capitals and in Paraná aims to revitalize public spaces with cleanliness that uses technique and technology. Karcher was, on this occasion, and continues to be a partner, since 2012, of the FEBRAC Action in Curitiba, in the provision of equipment used by the FACOP team to carry out the activity. 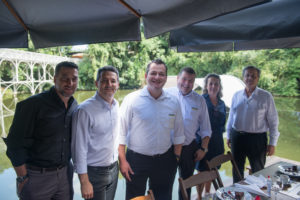 In 2017, the FEBRAC Action in Curitiba also counted with the collaboration of Spartan, through the donation of cleaning products that made it possible to carry out the action. 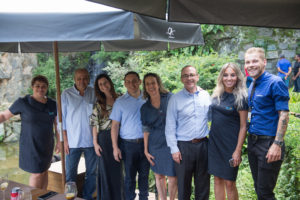 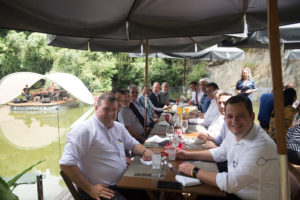 The FACOP is a signatory of the global agreement and adheres to the SDO (Sustainable Development Objectives), so its actions are always in line with them, among which, the number 17 evolves exactly what was celebrated on the date of the event, the partnerships, walking together for a better world. Karcher and Spartan also share the same ideals as FACOP. They were the first two partners to believe and support Forum Pulire America 2018, which took place in the city of Curitiba and in which FACOP managed the project, for the production of the event that very strongly addressed the importance of cleaning companies for sustainable development.